Earlier this week, China Eastern Airlines opened its flagship VIP lounge at Pudong International Airport Terminal 1 in Shanghai. Measuring a total of 9000 square meters, the lounge is the largest in China and can serve up to 1000 passengers concurrently. While most features described in the media release are typical in the industry, there is one sentence that caught our attention:

China Eastern Airlines is incorporating informatizational technologies into its VIP services, such as the under-developing VIP positioning system, to provide more customised experiences.

As the meaning of the sentence is rather vague and no further elaboration was provided, >talkairlines conducted some research on the topic. What captured our interest was a patent submitted by Shenzhen JG Technology Industries Co., Ltd. (JG) in early 2016, the reason being that the terminologies used overlap with that of the China Eastern Airlines press release. JG is a company that focuses on Radio-frequency identification (RFID).

Registered as CN105550723A, the patent describes solutions to guide and track all airport passengers by using smart boarding passes, presumably RFID, and installing sensors at different locations. The plan is to provide real-time recommendations to passengers while giving airlines accurate data on exact locations of customers.

The highlight of the document is the section about lounges. The plan is to place antennas in different rooms/sections to collect information on the customers that have entered/left the area. Based on information from other sections, we believe that the antennas will be used to detect smart boarding passes. Also mentioned is the installation of antennas and screens at the lounge entrance to prevent travellers that are not invited from entering the lounge.

Passenger tracking has been a trending innovation topic in the industry over the past few years. Airlines (e.g. Japan Airlines) and airports (e.g. Brussels Airport) have been investing in technologies that can monitor waiting time and estimate walking time to shorten queues and ease the stress of passengers.

Yet, technology in tracking individual passengers has rarely been discussed. A related system is the “Positive Boarding Project” introduced by London Heathrow Airport back in 2013. It is similar in nature to the JG-patent yet of a much smaller and simpler scale. The system determines, at security checkpoints, whether passengers need to head to the gate right away or even get rebooked on another flight if the time remaining is insufficient.

While China Eastern Airlines has yet to release more details on the topic, >talkairlines can see many potentials that come along a positioning system like the one by JG. When a lounge is operating at maximum capacity, lounge staff may easily lose track of customers and fail to provide the services requested. By tracking customer movements and referring to constantly updated data, lounge staff can increase efficiencies and have burdens eased.

Moreover, when a passenger is running out of time to board his/her flight, airline personnel can easily locate the passenger and remind he/she to head to the gate immediately. Should the system get expanded to the entire airport, airlines will be able to minimise delays by quickly finding those having too much fun shopping.

Without doubts, the tracking of passenger-locations may lead to privacy concerns. It is foreseeable that many will see the plan as invasive. Yet, after all, smart boarding passes are being tracked instead of personal mobile devices. Moreover, the system is only for use at the airport. These should eliminate some concerns of the public.

However, it is noteworthy that Chinese companies often release media statements with pompous claims that never get implemented. Also typical are one-off features that die down within weeks. Thus, it is possible that this VIP Positioning System is merely for PR-purposes and will never become reality. Nonetheless, we are always thrilled to see innovative ideas being proposed to revolutionise passenger experiences. We hope to see other companies pick up on the idea and further study its possibilities. 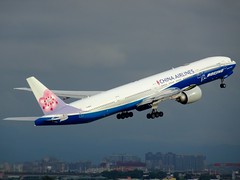 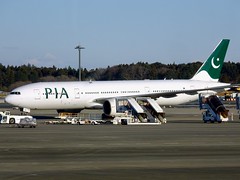 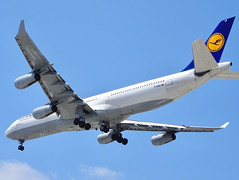 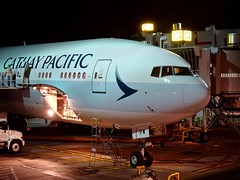 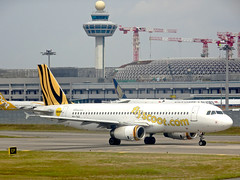